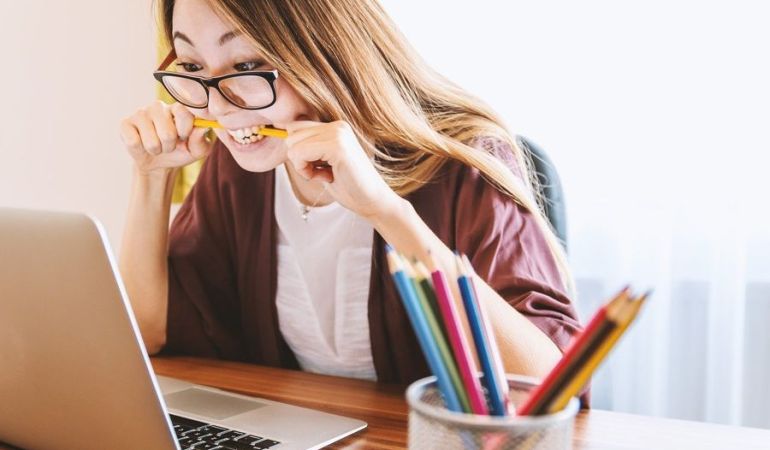 In today’s world, where everything is just a click away. Social networking sites have become the necessity of today’s world. Undoubtedly, the Internet has had an immense impact on everyone’s life and young people make up the majority of the Internet population. The abuse of social networking sites is making people stupid. Social networks are a means by which we can learn things and pass on our knowledge, experiences, and points of view. We can abuse it or use it for a better life. It all depends on us and the choice is ours. These networking sites are changing the mindset of the young people of this generation. A common topic you’ll hear daily is how much time a teenager should spend on their laptop or smartphone. Parents often believe their teens spend too much time on their cell phones and laptops. Of course, teenagers feel their parents are unfair and don’t give them enough time on their cell phones or laptops. Teens often say they need their laptops and cell phones to do their homework and to communicate with their friends.

Young people today are adept at using technology for all purposes. In addition to general and necessary use, young people now find it difficult to abandon devices that are connected to the dynamic internet service. Constantly playing online games all night are actions that are not unheard of. The internet is conquering the minds of young people, who seem unable to function without it. It is becoming more and more an unhealthy habit that needs to be consciously controlled. The biggest problem is that today’s teens have grown up with the internet, laptops, and smartphones all their lives. Text is also a very common method of communication for teenagers. Teens say texting is their primary way of communicating with their friends. However, most parents grew up when laptops couldn’t do that much, and cell phones were generally only used for making a phone call, not texting. Therefore, there is a difference of opinion on how teens should use technology and how their parents have used technology over the years. Especially since most of the parents were teenagers, the technology wasn’t as widespread.

By spending hours on the Internet, young people have little time for other activities, especially healthy physical activity. Playing online has become more in demand than going out to play a real sport. It seems that doing housework is a burden for them too. This not only wastes precious time but also hinders physical and mental development. Brain disorders, self-esteem problems, obesity are some of the problems that can be triggered by the excessive use of technology and the limitation of physical activity. As well as parents and teenagers who have different views on technology. Parents fear that their teenage children will become addicted to the internet and their cell phones. Having seen how some teens react when their cell phones or the internet are taken away, some parents believe their teen is addicted to the internet. However, parents also have additional concerns. Parents fear that with all the teens texting and all the time they spend on the internet, their teens are becoming antisocial. Other concerns are the amount of bullying that occurs online, the sexual perpetrators that are online, and how easy it is for teens to get drugs online.

By comparing the young with the older generations, we all know for sure that they are much happier and healthier than we are. As this generation of young people only relies on easy work thanks to new technology, they are getting lazy to work outdoors. Being busy with mobile games didn’t make them learn anything, they forgot how to talk to parents, elders, and relatives. Long hours of play can negatively affect young people’s performance in school if they worry about mobile games. Youngsters may not work at their optimum level because they wear out after a night of play. Relationships with friends and family can be affected if young people spend more time playing games than they are talking or hanging out with loved ones. The online anonymous gamblers website points out that games can negatively impact a young person’s life if they just want to talk about games, lie to cover the amount of time they spend playing and discuss their gambling with you excessively.

Another problem is that Internet addiction can affect adults as well. Therefore, parents, you should monitor your internet usage and lead your kids by example. Apply Time broadband package Malaysia and have safe internet service for your kids.